Please note that New York State also mandates the use of barrier fences, and swimming pool & spa alarms in many cases of commercial and residential installations, which can be read about at the web site just mentioned (NYS Swimming Pool Rules and Regulations found in the Uniform Fire Prevention and Building Code).

What should I do to comply with The Virginia Graeme Baker Pool and Spa Safety Act?

The law further states that each swimming pool or spa drain cover manufactured, distributed or entered into commerce in the United States shall conform to the entrapment protection standards of the ASME/ANSI A 112.19.8 performance standard, or any successor standard regulating such swimming pool or drain cover.

Read the law in its entirety (click on the pdf icon that follows): 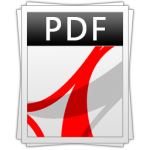 What this means for your pool & spa

NO ONE is grandfathered on these regulations.

As of December 20, 2008, your pool, whether it has single or multiple drains, needs new anti-entrapment drain covers that must comply with the ASME/ANSI A112.19.8 performance standard.

Your public pool or spa that has a single drain must have at least one additional level of entrapment protection which could be:

*This would have been installed during pool construction. It cannot be added to an already existing pool, only new construction.

You should also note that the Act defines unblockable drain as a drain of any size or shape that a human body cannot sufficiently block to create a suction entrapment issues. The ANSI/APSP-7 2006 standard requires that to be considered unblockable, a drain must be at least 31” in one dimension and at least 3” in the other dimension or must be larger than 18” in one dimension and larger than 23” in the other dimension with 4 in. radius corners.

What you should do to become compliant

The Ultimate in Pool Care

Map to Our Location: